Two days ago, I found a little ink bottle marked 'Verde' with green sealing wax on top, still intact. But the contents were empty, had spilled into some forgotten sea. (Ok--less poetically, the ink had actually just spilled out of a crack in the seal into the calligraphy kit it had come from, saturating the tiny cardboard box.)


The bottle though, called my favorite poet to mind, the Chilean master Pablo Neruda, who was rumored to have written in green ink. Neruda, whose poems had breezed into my life on the tongue of poet, Gary Young, a visiting teacher in my seventh grade English class. Was anyone else hearing this language, this secret language, this leafy language unlocking my soul right there in a hill-top classroom on the California coast? I looked around the class at the empty looks on my peers' faces...no secret switch seemed to be turning them gold inside. No secret verse unlocking, spilling the wild green of their hearts to the floor with mine.

Holding this ink bottle in my palm, I think of Neruda's "Oda al Mar," his "Ode to the Sea" and the lines of "seven green tongues (siete lenguas verdes),...seven green dogs (siete perros verdes)...seven green tigers (siete tigres verdes)." And how Neruda was in love with incantation, his poems pulling like the very ocean tide, the sea foam and crash outside his coastal home. 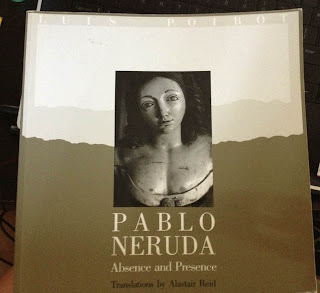 For years, I have felt that this man was a kindred spirit, this unlikely, stout South American poet who died two years before my birth. And when I remember this beautiful book full of photographs and poems and friends from his Isla Negra home, I pull it from my shelf and remember why: Neruda was a collector of things--both mental and physical--memories, ocean, justice, small bottles with smaller ships inside, mast heads that seemed to gaze out to some great, untouchable thing, a yearning in their wood-carved eyes. I understood...from my years, as a collector of longing...(and necklaces)....for years, as a collector of hurts...(and small bottles with nothing inside)...for years, collecting kisses with unknown names...(and little boxes made of wood and glass, shaped like hearts or painted with an impossibly shining Guatemalan angel).

And I'm reminded of the class of high school students I taught this summer as a guest poet, how I burst in front of them and their sleepy desks, saying, "What's beautiful is that you can write a poem about....anything!" And what was once a roll of tape became a snail. The protractor became the eye of a great whale.

Just as this rather plain, empty bottle became a wave crash on a far-off coast, became the memory of poetry coming alive in me.  Inspiration is in every. little. thing. My child who just bonked his knee, as he jumped from the couch, who will soon be walking toward me for a kiss that will immediately take his hurt away. In the ink that ran away to become the shadow of wild green horses.

Tiptoe over here for a spicy, Neruda-inspired  poem. 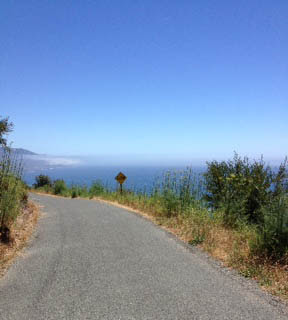 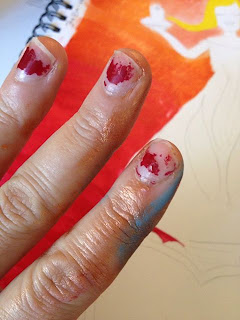 Seize the Dazzle Arts and Inspiration
H!i You finally found me! Big hug! I'm Julia. I'm happiest when there's acrylic paint all over my hands. I have a heart the size of the night sky. Lots of room for dreams, for people I love, for things I need in my life...like the chaise lounge, for example, which is my super favorite piece of furniture. Put my feet up on a chaise with a Kir Royale in hand...swoon! If I had to choose a drink for eternity that would be it...though I'd never turn down a flute of plain Veuve. For three decades, I've been in love with poetry (that's three quarters of my life!). I believe that we all are truly here to do great, incredible things (My great uncle discovered a crater on the dark side of the moon!)...so, not necessarily big, crazy things like that, but I believe in staying awake in the world to notice things like the hummingbird nest in the tree near our front door--it's the size of a golf ball...isn't that magical?? I've got more to say but my two kiddos are squawking from their beds and I've got to go tuck them in! xoxoxo